OpenROV is one of the coolest open hardware projects out there. One of our Community Members, Andrew David Thaler is a contributor to the project so we reached out to him to explain what OpenROV is all about. Andrew is a deep sea biologist and a conservation geneticist, he is one of the contributors to a really cool site called Southern Fried Science. You can check out his YouMagine profile here or support his work on Patreon here. He makes cool things such as an open source water sampler and is also the maker behind the rugged Beagle Box computer. 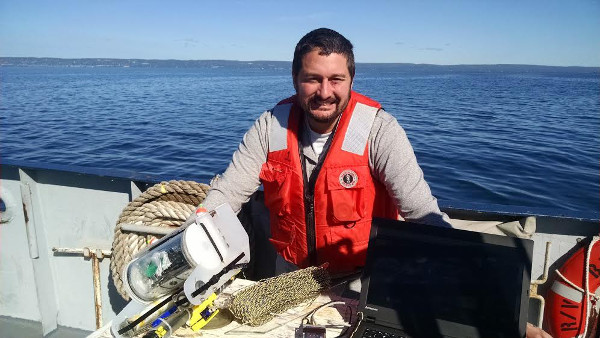 Andrew with the OpenROV

“I’m an ecologist that has been working closely with OpenROV for the last several years to get the robots into more marine research programs. Part of that involves designing sampling tools and instruments that can integrate seamlessly with the robots, for example. 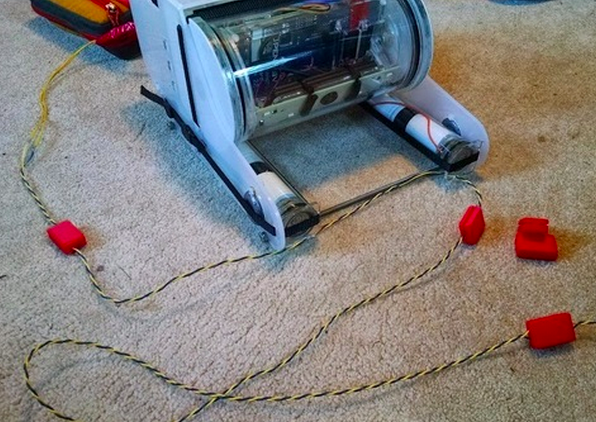 The OpenROV itself is not 3d printed, though some parts were printed for prototyping. 3D printing is primarily used to develop auxiliary tools, like the water sampler above, a bait box for baited camera surveys, or tether floats.  OpenROV is a huge open-source community with hundreds of people contributing code and design to the project.

For me, my challenge is getting field scientists to see these small, inexpensive robots as serious tools for scientific research. To that end, I’ve been working closely with serveral research teams to get formal studies conducted and published using the OpenROV. The first scientific paper based of OpenROV work was published earlier this year.

I think most of the people who work at OpenROV will acknowledge that the company is really about empowering explorers. For some, underwater robotics is part of their business, but there are plenty of others who are just curious about what’s beneath their local waterways and want tools to explore. Having a low-cost, open-source machine capable of fulfilling both those roles is a huge asset to the ocean-loving community.

OpenROV dives to 100 meters, carries a high def camera with a live feed back to the surface, and can be outfitted with a payload of sensors, cameras, sample collectors, or anything else you can imagine. I’ve used OpenROV to survey coral reefs, sharks, and garbage in Papua New Guinea, I’ve taken it out recreationally to play in my local lake, I’ve taken student groups out to learn about their local underwater ecosystems, and I’ve used it to inspect flood damage around my (unfortunately very coastal) farm, while the flood was happening. It’s an incredibly versatile tool.

The community is open and welcoming, anyone who wants to explore their local waterways can join in!”