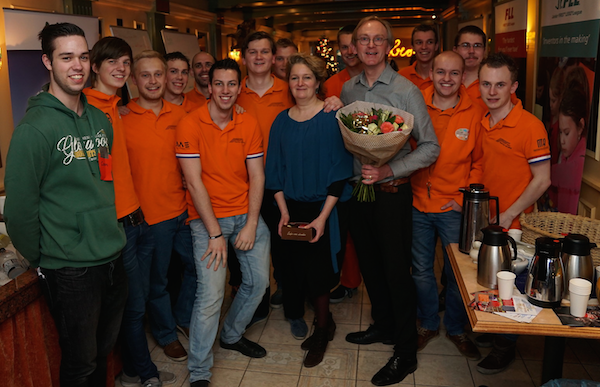 The FIRST Robotics Competition is a fun way for kids to compete while learning about robotics. The competitions are organized all over and we’re huge fans. We came into contact with Team Rembrandts and decided to support them by giving them filament and lending them 3D printers. Team Rembrandts is a team made up of students from the Fontys University, Summa College, TU/e and the Ubbo Emmius. The team is a part of the YouMagine community and has shared a Micro Robotics Arm & The Recycle Rush Game elements with us. They had a kick off event and below they describe it in their own words:

“Last weekend Team Rembrandts organized a Kick Off Event for the FIRST Robotics Competition 2015. The event was held in Lage Mierde, the Netherlands which is also the hometown of our Founder & Chief. During this event the second Dutch FRC team from Groningen were present, including some international mentors. 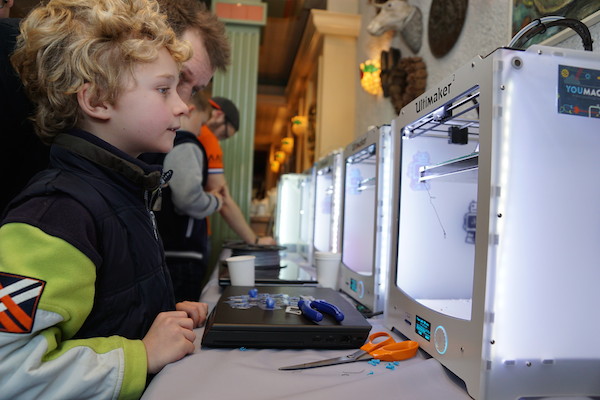 For this event five Ultimaker 2’s and an Ultimaker Original+ with dual extruder were made available for our use. During the weekend we used them to print robot parts and souvenirs. For example we printed gears for a different project of Team Rembrandts. We also printed a lot of Ultimaker robots and sheep to give away to children and other visitors of our Kick Off Event. 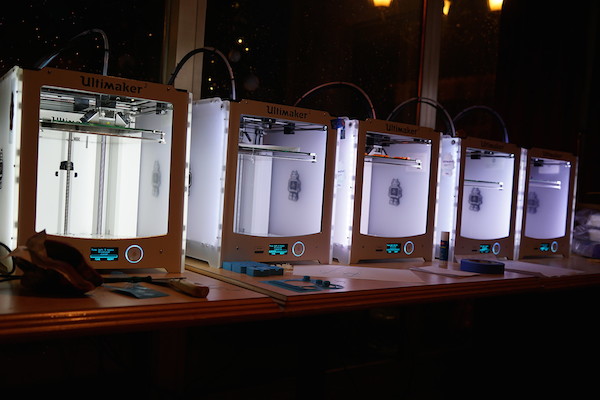 During the Kick Off Event we also learned about the new game of 2015 called “Recycle Rush”. We all watched the livestream of the game reveal. After that we started with brainstorming about our strategy. To aid us in explaining our strategies to each other, we printed the game’s components on 1/20 scale.

Ultimaker will also have some Ultimakers available to us during the build season of our robot for the game “Recycle Rush”. With these printers and our home build 3D printer we can print components and spare parts for our robot. Ultimaker also delivers the PLA filament in multiple colors for the printers they will have available for us.”