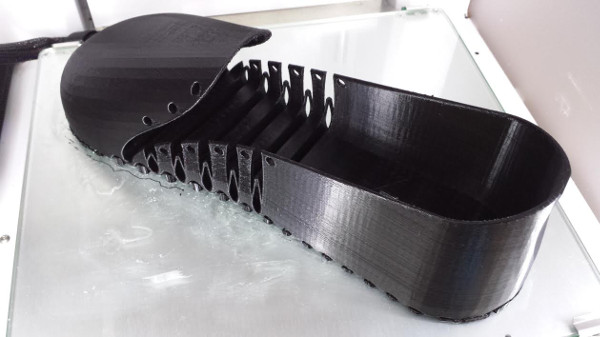 Roy Ombatti is a Kenyan mechanical engineer who wants to use 3D printing to help combat a horrible disease that affects many in his country. Roy also co-founded the Nairobi FabLab Robotics Outreach Program which helps kids learn about science, technology & robotics. He is also a Stanford Fablearn Fellow 2014 and an International Development Design Summit participant. Roy came to the Netherlands for a few months thanks to Baltan Laboratories and HIVOS to explore 3D printing and shoemaking. The reason behind Roy’s interest in those two production technologies? Chigoe flea (also known as Jigger) infections. This flea burrows itself into human feet and is a very painful and horrible disease that affects over 2.7 million people. It makes walking difficult and painful, causes terrible sores and keeps people from being productive. Roy wants to use 3D printing to make 3D printed shoes that people can wear that would lessen the chance of re-infestation in the feet. This will let people treat this awful disease themselves and hopefully if implemented reduce the rates of this disease. Roy came to YouMagine for help and we gave him some technical info and leant him an Ultimaker 3D printer so that he could 3D print the shoes he is making. We’re super happy to have helped him a bit and look forward to following Roy’s progress as a person working towards positive social impact. Below are two videos describing the project. Roy Ombatti – Nairobi University from william hoyle on Vimeo.

And this is Roy’s 3D Printed shoe, specifically made to combat Chigoe infection. Roy also made a mobile DIY shoe lab that could easily travel or be transported so people could inexpensively make their own shoes. The lab takes plastic waste recycles it using a filament recycler. The resulting 3D printing filament is then 3D printed into shoes specifically made to be wearable for people suffering from this disease and to act as a barrier against reinfestation. Roy then gave workshops and exhibited his project during Dutch Design Week. He’s still working on the project and hopes to make further strides and implement this in Kenya.